The history of the Indian subcontinent during the British Raj (1858-1947) is a colorful, rich and violent one. If you think about some of the most memorable and glamorous characters this part of the world produced during that period then the maharanis of India would have to come out tops.

If you are planning a visit to India, chances are you wouldn’t want to miss the grand palaces in Jaipur, Rajasthan. These used to be home to the maharajas (‘great kings’) and maharanis (their wives); the epitome of culture, class and heritage. They enjoyed a celebrity status and lead extravagant lifestyles that were divided in most cases between India, France and England. The west was fascinated by them.

The two maharanis who appeal to me most are Maharani Gayatri Devi of Jaipur and Maharani Brinda Devi of Kapurthala.

Born in London, Gayatri Devi (1919-2009) was the fourth child of the ruler of Cooch Behar state in eastern India. Rebellious and opinionated, she caused a stir when she married the dashing Maharaja of Jaipur for love rather then parental decree. And then again when, as the first princess to stand for parliament, she won her seat by the largest landslide ever recorded. She won international sympathy when she was imprisoned for six months during the period of Indira Gandhi’s notorious State of Emergency after the death of her husband.

In happier times, the princess used to spend the summer months in a flat in Knightsbridge and winters in Jaipur. Her husband had transformed their previous home, Rambagh Palace to a hotel. She’d receive a list of VIPs from the hotel everyday and would invite them over for champagne in the evenings. She was a keen horse rider as well.

Gayatri Devi’s beauty achieved international recognition after Cecil Beaton photographed her in Jaipur in 1943; and she was listed in Vogue’s 10 most beautiful list in the 60s. She was mentioned in the Guinness Book of Records for having the most expensive wedding in the 1940s – her father’s palace in Bengal couldn’t accommodate the large number of guests and her wedding presents included a blue Bentley, a two seater Packard and a mansion in the Himalayas! 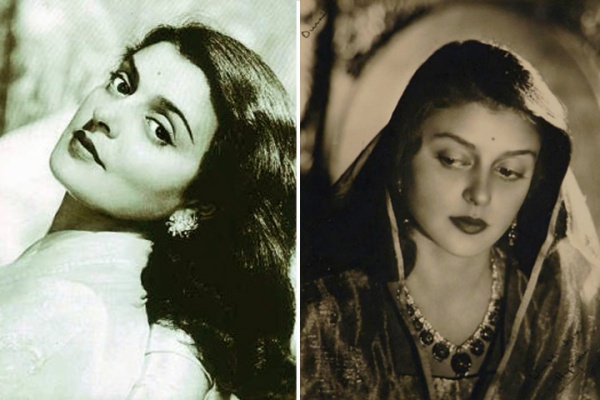 Maharani Brinda Devi of Kapurthala (1890-1962), married to the Tikka Raja of Kapurthala was renowned for her flamboyant personality and impeccable taste in fashion. She and Tikka Raja were engaged when she was seven and he nine. She was a Hindu Rajput Princes from a small state and he was a Sikh. A few years later she was sent by her future father in law to Marseille in France to school – she would then enjoy the added distinction and social graces of a European education (where she fell in love with a Frenchman but had to leave him to return to India and marry the Tikka Raja at 16). Following her marriage Brinda’s life was fast paced and full, with motherhood and traveling. She returned to France with her husband for a brief period where they were the ‘jewels in the crown’ of French society where ‘an aristocratic mecca welcomed displaced royalty into the jazz age.’

On her 1936 visit to New York, Vanity Fair magazine wrote ‘Princess Brinda had every woman green with envy. Her collection of jewels would make Tiffany and Cartier turn in their vaults.’

However, all good things must come to an end and tragedy struck Brinda when her husband remarried to produce a mail heir for the royal dynasty (she had three daughters but no sons). Having spent a significant amount of time in the west she found the ordeal humiliating and left the prince she had dedicated her whole life to since the age of 7; becoming a bit of a wanderer thereafter.

I think they would both agree with Grace Kelly (Princess of Monaco) when she said “the idea of my life as a fairy tale is itself a fairy tale.”

1 thought on “The stuff dreams are made of”